Video: Against the Pipeline

This video footage includes members of the Green Party of Brooklyn and other local groups as part of a nationwide network of protest vigils to send a clear and urgent message: Keystone XL is a climate disaster and President Obama must reject it.

Now that the State Department has released its final environmental analysis, the decision will soon be in the president's hands.

We know that the pipeline fails the climate test he set. But whether or not he stands up to the oil industry and rejects it will depend on what we do in the next few months. 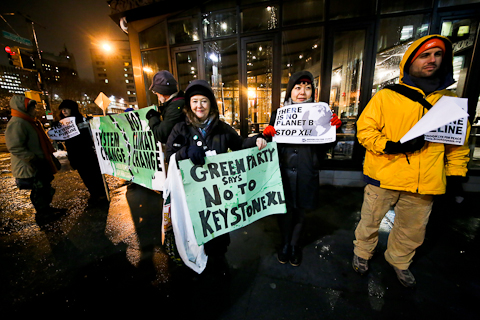