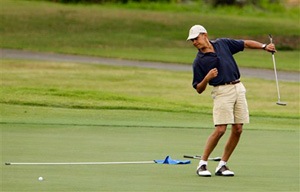 Obama lies as cravenly, if not as crudely, as George W. Bush. He promised us that the transfer of $12.8 trillion in taxpayer money to Wall Street would open up credit and lending to the average consumer. The Federal Deposit Insurance Corp. (FDIC), however, admitted last week that banks have reduced lending at the sharpest pace since 1942. As a senator, Obama promised he would filibuster amendments to the FISA Reform Act that retroactively made legal the wiretapping and monitoring of millions of American citizens without warrant; instead he supported passage of the loathsome legislation. He told us he would withdraw American troops from Iraq, close the detention facility at Guantánamo, end torture, restore civil liberties such as habeas corpus and create new jobs. None of this has happened.