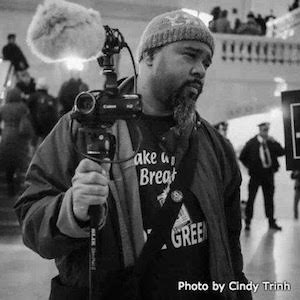 James Lane is running for New York City Public Advocate because most of our society's machinery is broken, from immigration and affordable housing to the criminal justice system. Even worse, the politicians we elected refuse to do anything to change this toxic status quo. He is here to say right now that it is time to stop rewarding failure by re-electing them to offices to do jobs at which they have proven to be ineffective and inefficient.

We elected these politicians to work for and serve us. Recognizing their ineptitude, we must remove them from office. The time is now to stop ASKING for our government to act. We must DEMAND it. And if they refuse, we must tear the broken systems down by any means possible and build those that actually serve the people. It is time to rise up. Whatever you may have heard, we ARE relevant. We must take a deep breath and roar FTP (FIRE THE POLITICIANS).

James Lane is a musician in a speed punk band and a videographer. A true advocate for the people, he has protested police brutality (with Black Lives Matter groups) and gentrification for many years.