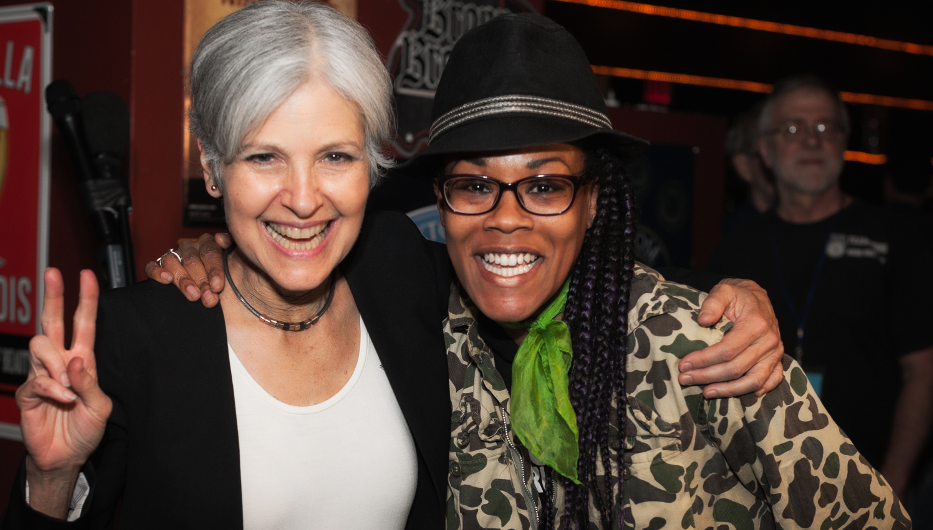 Dr. Jill Stein, candidate for the Green Party presidential nomination, and US Senate Candidate Robin Laverne Wilson at a fundraiser in May. Photo by Gabriele Holtermann-Gordon

Dr. Jill Stein addressed a cheering crowd at the Green Party of New York's presidential nominating convention on Saturday, where she won 89% of the vote and 16 NY delegates to the national convention in August. The GPNY gathering, which included renewing the state platform, organizing workshops and the chance to meet local candidates, drew a crowd of 100 Greens and allies to the Oakwood Community Center in Troy, NY. Presidential candidate Bill Kreml, a scholar of political theory and American government, also won a delegate in the contest.

"We came together on Saturday to strengthen our party at a moment of intense interest in our candidates and platform," said GPNY Co-Chair Gloria Mattera. "At the same time, with every day of inaction from elected leaders we see the human costs climate change, economic exploitation and lack of access to education and healthcare continue to mount. The time to fight for a Green New Deal that will create energy democracy and economic democracy is now."

The convention drew local and national media outlets and video will be available online.