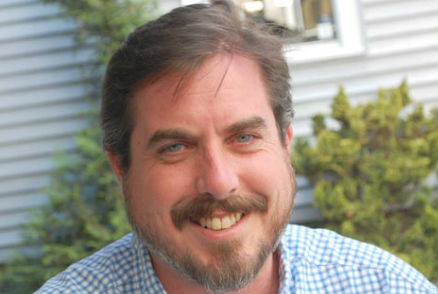 It was quite a run for the young Jason West. Splitting the three-way vote, the 26-year-old political activist won the New Paltz mayoral election of 2003 and took office with two other Green Party members — Rebecca Rotzler and Julia Walsh. It was a shock to the staid old community. But not to the young ones. It was a heady time, this changing of the guard in local politics, but it only got headier. In 2004, the young mayor decided to solemnize the same-sex marriage of 24 couples in front of Village Hall. He was only following the precedent set by Hawaii and Vermont in 1999 with the idea of “civil unions.” West was curious to see if as a mayor, he had leverage in this “time-has-come” scenario. But he was more than prescient. He found himself the central figure in the simmering battle between the religious-based traditionalists and the secular-based forces of change.

“I didn’t think that it would become national news,” West says, grinning. He hoped that it would garner local attention and then he and his allies could take it to the State for validation. As it was, he was brought up on charges of performing an illegal ceremony, had his face plastered on national newspapers, People Magazine declared him one of America’s most eligible singles, contracted for a book about the issue and to top it all off, was awarded the Mario Savio Award in San Francisco — named for the philosopher/firebrand who led the 1964 Free Speech Movement at Berkeley. Like I said: heady stuff for a small-town mayor.

I watched this from my journalist perch, with our own Erin Quinn writing a book about it all. And I figured that that was it. That our idealistic young mayor was destined for even bigger and better things. Yeah, he’d finish out his four-year term here, but that greater things awaited: Congressman, Senator, Governor…who knew, West was riding a special wave of history.

“There was too much left undone,” he says, “we couldn’t get the things done that we wanted because consolidation (the disagreement whether to incorporate the village into one town government — West was against it) ate up the air.” That was when I realized that our idealistic mayor was also a policy “wonk.” He liked dealing with the nuts-and-bolts of local government.

“Local elections are the last bastion of democratic governance,” he says, citing New York state’s governing philosophy of ‘home rule’. “Big ideas get manifested locally. Once seen in one town they can easily get replicated. Like with our putting solar panels on the Village Hall complex — we were the first local administration to do that — and it had a ripple effect, that ‘big ideas can apply to where I live’. Local government has a powerful and underrated role in making a better society. And local activists are in the grand tradition of trying to improve those society’s.”

As it was, West felt his list of do-ables was…well, do-able. “But the clock ran out.” Those do-ables were establishing local solar power… “Can we do this?” Municipalizing the garbage collection… “To save money” And to figure out the Wallkill… “There was no system in place to clean the river.”

Which brings us to the reason for this interview — other than its “What’s West doing now?” curiosity.

Well, our Mr. West is still with us. Going to graduate school at the Bard Center for Environmental Policy to assist him in his position as the Executive Director of the Wallkill River Watershed Alliance. The alliance is an association of individuals, civic organizations and various municipalities along its banks dedicated to its ecological restoration. The alliance monitors, researches and advocates for the river. It looks into what is actually in the river. Gathers data for research. Does outreach to communities along the river. Has a boat brigade that is constantly checking out the pipes that dump effluvia into it out on the river. Tries to create policy, such as working with local towns to create a 100-foot buffer to the river and a local law to have septic inspections as part of the sale of river property. Finding grants to aid the alliance in restoring the river.

“The Alliance is a coalition of small alliances,” says West. “I missed being able to do something about my ideas.”

So, the “boy mayor” (his term) is going on 40 and is now the “old guy in the graduate program.” But West is still “the smartest guy in town” (my term) and will always be full of prescient… and do-able ideas.