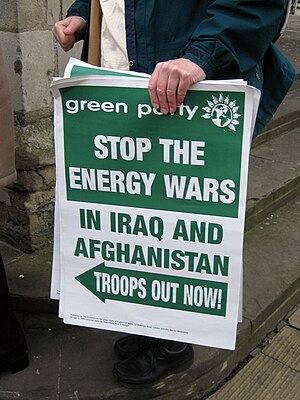 Obama's speech affirmed popular slogans: bring the troops home and focus on jobs and economic recovery at home. But it was as disingenuous as Bush's weapons of mass destruction excuse for starting the Iraq war in the first place.

The reality is quite different from what Obama said. It is only the tactics of occupation that are changing. US troops are being redeployed to an escalating war in Afghanistan and Pakistan. The occupation in Iraq is being turned over the mercenaries - the armed forces of the Iraqi government that the US trained and commands from the Green Zone and the largest embassy compound in world history, plus a very large and costly force of US private military contractors for security and special ops combat under the State Department. The overall goal remains the same as during the Bush years: domination of the region for its oil and its strategic geopolitical position.

Meanwhile, Obama talked of focusing on jobs, education, and economic recovery at home, but offered no substantive program. The reality is that when the economic needs a stimulus of public jobs programs and public spending to rebuild US manufacturing around green industries, his administration is focused on deficit reduction by cutting Social Security, Medicaid, and Medicare.

The military budget is growing to maintain the occupation of the Middle East and Southwest Asia, while the domestic spending on American's needs is being cut. That is the grim reality behind Obama's slogans.