UPDATE: The U.S. Supreme Court on Tuesday issued a stay of execution for Troy Anthony Davis less than two hours before he was to be put to death by lethal injection. 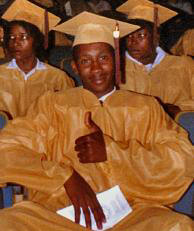 The Green Party of New York reiterates its opposition to the death penalty. The GPNYS also calls on the Georgia Board of Parole and Pardons and the Governor of Georgia to reverse their decision to execute Troy Davis.

Statement from the Green Party of NY's State Committee, passed at its Sept. 20 meeting.