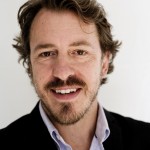 
As Brooklyn Congressional candidate Hakeem Jeffries (D) declines yet another opportunity to appear in a live debate before voters, fellow candidate Colin Beavan (Green) has raised grave concerns about Mr. Jeffries’ choice to put fundraising from Wall Street before speaking to Brooklyn voters. Mr. Jeffries has so far refused all but a single opportunity to appear in a live debate before citizens but has raised nearly $750,000, much of it from investment bankers and corporate lawyers. The June 20 debate he has declined to participate in is the final one before the Democratic primary six days later.

“Mr. Jeffries is attempting to use money contributed by Wall Street bankers and their lawyers to buy himself a Congressional seat through advertising while hiding himself from voters. It suggests his loyalty goes more to the people who pay for his ads than the voters he hopes to represent. This is exactly how traditional party politicians created the crisis in our country’s democracy,” said Beavan.

The United Community Centers and Brooklyn for Peace invited all four candidates in Brooklyn’s 8th Congressional District to East New York for the June 20 debate without input from any of the campaigns. Yesterday Mr. Beavan’s campaign learned from the debate organizers that Mr. Jeffries has chosen not to appear and will apparently send a “proxy” to answer questions on his behalf.

Jeffries’ current refusal comes on the heels of his withdrawal from a previous debate, hosted by the Fort Greene Association. After initially agreeing to attend that June 4 debate, Jeffries withdrew when the organizers invited Green Party candidate Colin Beavan and GOP candidate Alan Bellone to join. Jeffries’ campaign claimed the decision to withdraw came because the multi-party debate would be “confusing to voters.”

A week later, Jeffries did, however, attend a “Fort Greene Meet and Greet,” in a private home. The invitation asked attendants to contribute as much as $250 to Jeffries’ campaign.

“Apparently Fort Greene voters can only hear Mr. Jeffries speak if they are willing to pay for the opportunity,” said Ryan Harbage, Beavan’s campaign manager.

Though Jeffries campaign reportedly told the organizers of the coming June 20 debate that Jeffries is busy with “mulitiple commitments,” his campaign website lists only one other event before the June 26 primary. Another private house party, but this time the invitation requests up to $2,500 from attendants.

Colin Beavan accepts no campaign contributions greater than $500 and refuses all corporate contribution offers. “My all volunteer campaign is occupying politics with people instead of corporate money. Therefore, when elected, my allegiances and time will dedicated to the people who elected me rather than to campaign donors.”

Colin Beavan rose to prominence as a spokesperson on environmental and quality of life issues after his year-long experiment in extreme environmental living, No Impact Man, exploded in the international media. He is the founder and executive director of No Impact Project, an international non-profit that empowers citizens to make choices that support the planet, their communities, and help them live a happier, healthier life.

A long-time activist, he sits on the board of directors of New York City’s Transportation Alternatives, and is on the advisory councils of Just Food and 350.org , a global organization dedicated to solving the climate crisis. Prior to becoming a champion of the environment, Colin earned his PhD at the University of Liverpool, spent a decade helping social housing providers, drug treatment agencies and hospitals get funding, and wrote books.