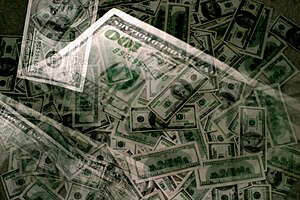 
Howie Hawkins, the former Green Party candidate for Governor, urged Governor-elect Andrew Cuomo to make Public Campaign Financing and Proportional Representation the centerpieces of a broad ethics reform package that should be adopted during the first weeks of the legislative session.

"We need Public Campaign Financing to end the pay-to-play culture that dominates the State Capitol, as witnessed by the ongoing scandals with the State Comptroller's office and pension funds. Now is the time to finally stop the sale of lawmakers to the highest bidder. And while we strongly support an independent Nonpartisan Redistricting Commission to end the partisan gerrymandering of legislative districts, we want that commission charged with drawing up multi-member districts to implement Proportional Representation, which is the electoral system in almost every democracy on this planet," said Hawkins.

The Green Party will hold its first statewide meeting this weekend since having re-established their ballot line after Hawkins and Gloria Mattera received more than 50,000 votes for Governor and Lt. Governor. Hawkins said that Cuomo should push the Legislature to enact sweeping reforms before he releases his state budget at the end of January. "Far too many state lawmakers see former Senator Joe Bruno as their role model rather than as a disgraced convicted felon. State lawmakers view their positions as their ticket into the inner circle of the ruling elite, where one does favors for your friends so they will do favors for you. They use the Capitol as their personal ATM, doing favors for their campaign contributors while looking for ways to enrich themselves," noted Hawkins.

The Green Party supports proportional representation for legislative bodies in order to fully represent the diversity of political views among the voters. Candidates of the various parties would be seated in the legislature in proportion to the percentage of the vote each party receives. "The single-member-district, winner-take-all system now in place entrenches a two-party system of one-party districts that over-represent the plurality and completely exclude all political minorities in every district. Very few of these districts are competitive. Most are controlled by the majority party. Votes for minority parties are seen as pointless and turnout is low. Under proportional representation, every vote counts toward electing representatives one favors and turnout is high," Hawkins said.

For executive branch elections such as Governor and Attorney General, the Green Party supports Instant Runoff Voting (IRV) where voters would rank candidates in order of preference, and a candidate would have to have a majority rather than a mere plurality to be elected. If no candidate had a majority on the first round, the lowest ranked candidate would be eliminated and their votes re-allocated to the voter's second choice. This process would continue until one candidate had a majority. IRV is used for elections in many US cities, including San Francisco and Oakland, California; Mineapolis and St. Paul, Minnesota; Memphis, Tennessee; and Portland, Maine.

The Greens support a system of Public Campaign Financing that is voluntary in order to comply with the 1976 US Supreme Court decision in Buckley v. Valeo, which struck down mandatory spending limits by candidates as an unconstitutional restriction on free speech, but also specifically affirmed that voluntary public campaign financing is permissible.

The Greens favor the Clean Money, Clean Elections model of full public campaign financing over matching funds systems like the presidential primaries and the New York City elections. The Clean Money model provides funding that is adequate to reach the voters of an election with print and broadcast media. Candidates qualify for public funding by collecting a reasonable number of small donations and signatures to demonstrate support and trigger public funds for the election campaign, helping to level the playing field. If a publicly financed candidate is outspent by a privately funded opponent, a matching grant is provided to the publicly funded candidate, up to a limit. Extra funding also goes to the publicly financed candidate if there is independent spending against a candidate by an outside group or individual, up to a limit. The Greens support a public campaign financing law that treats major party, minor party, and independent candidates equally with respect to qualifying requirements.