Shame on Cuomo! We Have A Right To Boycott For Human Rights 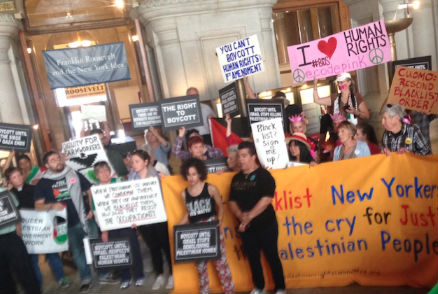 In her remarks, Clemente drew the connections between Israeli state violence against Palestinians and police violence against people of color in the US and around the world and decried the attacks on the BDS movement by politicians like Hillary Clinton and Andrew Cuomo. The Green Party has supported the BDS call since 2005.

A petition with 12,000 signatures protesting Gov. Andrew Cuomo’s executive order directing state agencies to divest in entities that are participating in the BDS movement against Israel made its way to his desk today – well, his secretary’s desk at least. 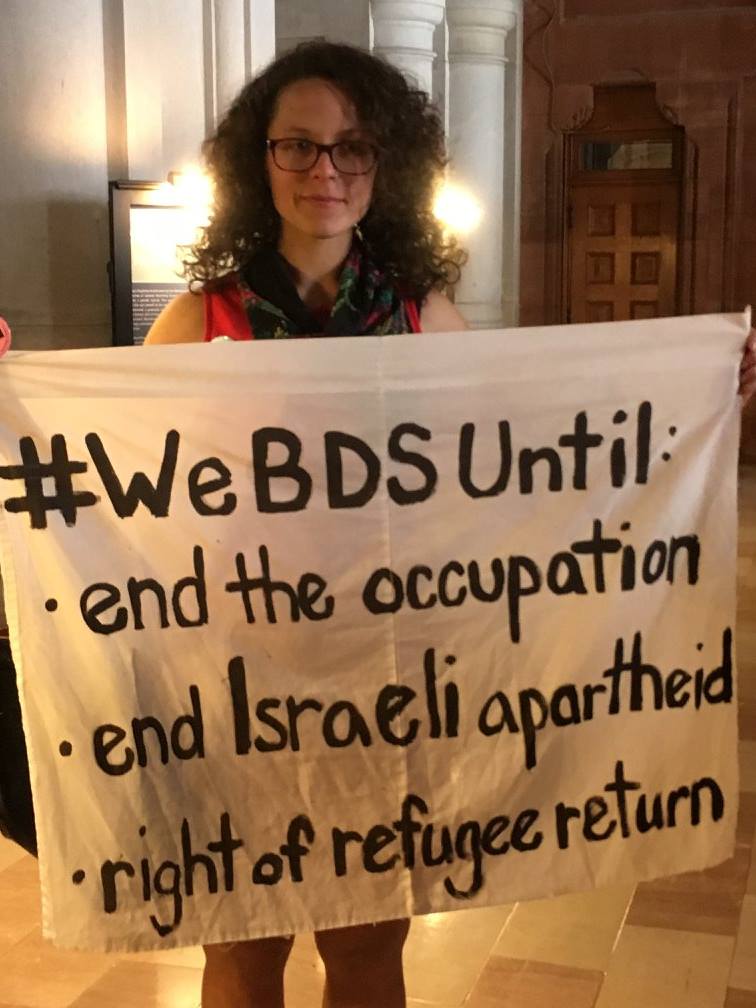 The group of some 200 protestors gathered at the Capitol with signs and banners advocating for their right to participate and support those engaged in the Boycott, Divestment and Sanctions movement aimed at Israel.

“I got on a bus at 7 a.m. calling with all of you on Gov. Cuomo to rescind this McCarthyite attack intended to suppress boycotts and divestment campaigns in support of Palestinian freedom and human rights,” said Alana Krivo-Kaufman, staff member at Jewish Voices for Peace, “And are we going to let him?”

The crowd responded with a decisive “No!”

BDS aims to put economic pressure on Israel to end the country’s occupation of what supporters say is Palestinian land.

“Boycott, Divestment and Sanctions is a non violent tactic that supports Palestinian human rights,” said CODEPINK staff member Ariel Gold. “It is based on the practice that helped end Apartheid in South Africa, and it is in tradition of the U.S. civil rights movement including the Montgomery bus boycott.”

Activists claimed Cuomo’s order is an attack on their right to participate in social movements.

“CODEPINK and my family and everyone here today is appalled by Gov. Cuomo’s attack on our first amendment right to boycott,” Gold said.

The order, which Cuomo signed 10 days ago, also calls for compilation of a list of all organizations and companies participating in the BDS movement.

Despite the fear of landing on what protestors called the “blacklist,” they remained supportive of the Palestinians.