Activists from across New York state rallied in rel="geolocation" target="_blank">Albany during Governor Cuomo's State of the State address to speak out in support of a statewide ban on high-volume hydraulic fracturing. The rally, coordinated by New Yorkers Against Fracking, drew an estimated 2000 participants - one of the largest anti-fracking rallies in Albany to date.

Green Party activists joined the with our friends and allies in the anti-fracking movement to call for a frack-free future.  Towards the end of the rally, as Gov. Cuomo began his State of the State address to state legislators and notables, Dr. Sandra Steingraber of Ithaca College, founder of New Yorkers Against Fracking, rallied the crowd behind a Fracking Pledge of Resistance - a commitment to continued, escalated, and non-violent resistance to the gas industry's onslaught into New York State. 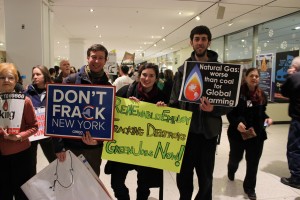 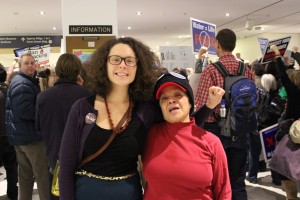