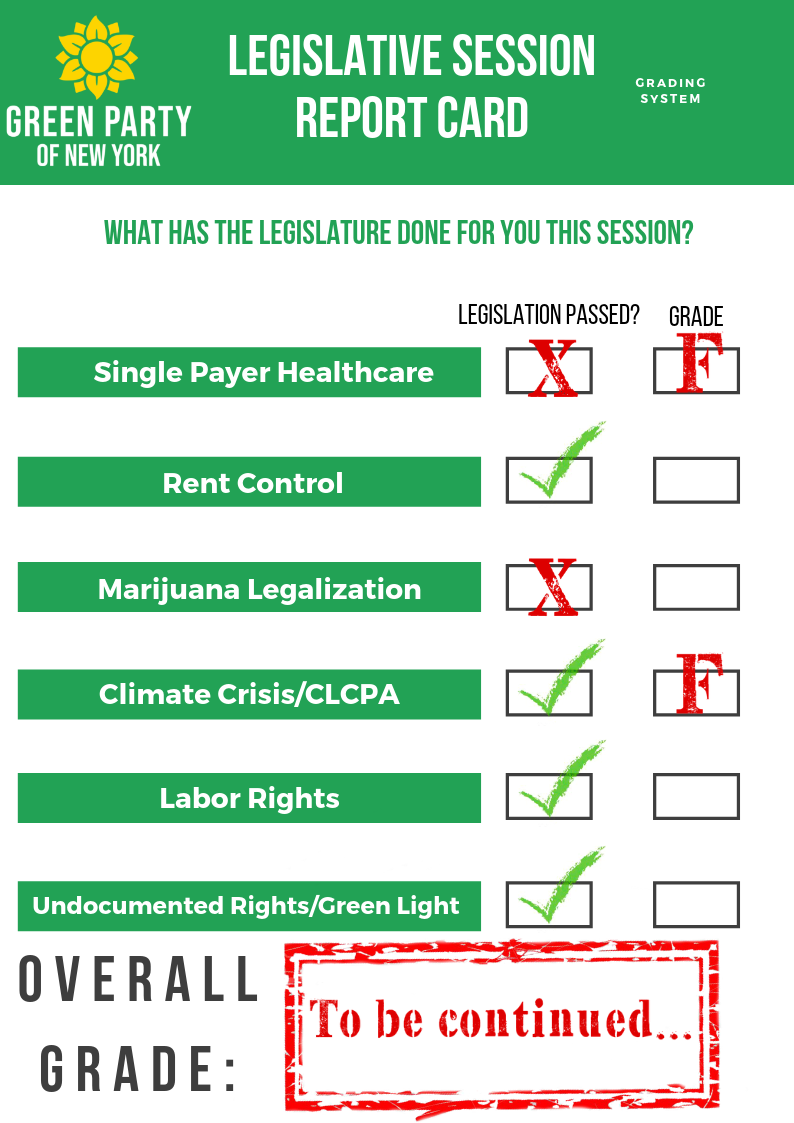 The solutions to these problems are not only known, they are long-known and well-tested – as Harry Truman said in 1945 as he introduced his plans for a national healthcare system, “none of this is really new.” Single payer – a solution we have been wrestling to implement for the better part of 75 years – has already been implemented the world over, and it is well-known that such a system functions with not only far greater morality, but empirically better healthcare and economic outcomes as well. Compared to already-instituted single payer models, the United States routinely spends twice per-capita what other nations do on healthcare, with far worse health outcomes. To give just one example, in a 2014 study conducted by the Commonwealth Fund on the effective performance of nations’ respective healthcare infrastructure, the United States ranked 11th out of the 11 countries considered (the UK, France, Germany, Sweden, Switzerland, etc.), including dead last in cost-related access (medical bills are the leading cause of bankruptcy in the U.S.), healthy lives, equity, and efficiency.

But with a Republican-controlled Senate, and the Democrats' House leadership nestled in the pocket of the insurance companies and Big Pharma, a federal single payer model such as the Medicare For All bills introduced by Bernie Sanders and Pramilla Jayapal seems unlikely to pass anytime soon. But what about our state of New York? Currently, the Democrats control a unified state government, with majorities in the Assembly and the Senate, and Andrew Cuomo as governor. Further, considering the too oft-repeated right-wing objection to single payer – “But [insert name of Scandinavian country and/or Canada here] have so many fewer people than the United States, so it’s much easier for them to afford single payer!” – New York should be a perfect candidate for a robust single payer system as the world’s 13th largest economy with a population of 19.5 million people (sitting comfortably between Sweden’s ~9 million~ and Canada’s ~37 million~).

However, political courage (and perhaps, more pathetically, morality and rationality) remains absent in the fight for single payer. No legislation was voted on this past session, and future plans to do so seem vague at best, coated instead in market-friendly talking points. Governor Andrew Cuomo himself cavalierly boasted that Democrats had accomplished “99.9%” of what they had set out to achieve this legislative session. “Are you kidding me?” the governor half-joked, “you want to go through what we didn’t do?” when asked what he’d like to pass next session (I guess those thousands of New Yorkers dying from a lack of healthcare are a trivial, 0.1% matter compared to memorializing yourself to establish a statewide Eczema Awareness Month, which, naturally, must be part of the 99.9%).

Instead of pushing legislation to guarantee healthcare to all New Yorkers with few-to-no out of pocket costs, early this year Cuomo sponsored a statewide “commission” to “consider all options for advancing ‘access’ to care.” This included “strengthening New York’s commercial insurance market … as well as innovative reimbursement models to improve efficiency and generate savings to support expanded coverage.” Cuomo’s spending bill, roughly $175 billion strong, included no such plans to pursue a single payer healthcare model, and his recent interviews provide no reason to believe this will change next session. This despite the fact that a model, the New York Healthcare Act (NYHA), proven by the University of Massachusetts Amherst to reduce the healthcare costs of over 98% of New York households(with the vast majority of benefits going to those households making less than $75,000 per year) has been sitting in the state Assembly for nearly 30 years.

As thousands of New Yorkers needlessly die every year, the reasons for this foot-dragging over single payer remain mind-numbingly unsurprising in their blatant corruption: Governor Cuomo and his Democratic allies are afraid of taxing their wealthy campaign contributors, ostensibly out of concern of a so-called “capital flight,” in which the well-heeled and corporations would flee New York state in exorbitant numbers. Quite literally, Cuomo has dared the legislature to pass a single payer model: “No sane person will pass it …You’d double everybody’s taxes. You want to do that? Let’s go.” Of course, Cuomo couches these talking points in terms of both New York’s “competitiveness” and his assertion that “Every union is against it. The hospitals are against it.” However, as Raina Lipsitz of The Nation points out: a) both 1199SEIU and the New York State Nurses Association (NYSNA) are advocates for single payer (specifically the NYHA), and b) with regard to those unions against the legislation, rather than Cuomo supposedly “taking his cues from labor” on this issue, it seems likelier that “unions wishing to stay in Cuomo’s good graces are taking their cues from him.” And, of course, Cuomo himself has taken over $425,000 from health insurance companies and at least over $112,000 from Big Pharma (including over $50,000 from Pfizer alone) – so he is incredibly unlikely to support or wish for a break from the status quo.

This carries over into why the newly minted “progressive” Democratic state legislature has made no progress on single payer – one of the biggest progressive litmus tests of this era. Particularly, four Democratic state senators, Andrew Gounardes, Anna Kaplan, John Brooks (himself a former insurance executive), and James Gaughran, who were just elected and/or reelected in 2018 on a promise to pass a single payer system, have all walked-back their campaign promises. Each sought the endorsement of Our Revolution (the organization that sprung from Bernie Sanders’ 2016 presidential bid, himself one of the highest-profile single payer advocates in the United States) in the 2018 midterms, filling out forms strongly affirming their commitment to single payer. And yet, none of these state senators have cosponsored the 2019-2020 version of the NYHA. Gournades, when pressed about this support for the NYHA at a recent town hall stated that he’s “not trying to spike” his support for the bill. “I just want to make sure we’re doing it thoughtfully,” he said. “If we don’t get this right, the cause is done.”

Of course, this is the rationale that has been used for at least the past ten-to-fifteen years as to why we cannot leave Iraq or Afghanistan. We must be “responsible” and “pragmatic” in how we approach these issues – as if going directly to the source of why thousands die is somehow rash, and not the most pragmatic of all options. “If only we could democratically hand over security to a violently enforced regime of our own choosing!” and “If only we could responsibly strengthen the private insurance market so only 600,000 people in New York have no healthcare!” is the prevailing rationale here. Brooks, on the other hand, has stated that he still supports “the concept of single payer,” a thinly-veiled way of saying those pushing for its implementation might as well shoot for unicorns and fairy dust for all, while others have waffled on needing the Trump administration to approve a waiver to redirect funds toward a state single payer system. Kaplan and Gaughran have remained strangely silent on the matter. Governor Cuomo endorsed all four candidates, and, it was later revealed, donated the maximum amount to Kaplan, Gaughran, and Brooks in their respective primaries.

This is a larger issue than simply the current New York Democratic leadership, however. Rather, the “inability” to pass a single payer system is indicative of the relentless functioning of a neoliberal hegemony designed to encase the economic and the political into separate spheres of imperium and dominium: respectively, the world partitioned into sovereign territorial states, and the “double” world of property and ownership. As Wellesley professor of History Quinn Slobodian argues in his latest work, Globalists, neoliberalism emerged in the 1930s less as an anti-interventionist economic project, than as a “project of politics and law … an activist vision of statecraft mobilized to push back against the incipient power of democratically enabled masses and … those who sought to obstruct the free movement of competition.” Neoliberals view democracy as a means to an end – the sociopolitical system most likely to produce an outcome amenable to the stability of the market.

The major roadblocks to single payer are not logic or economic feasibility, then, but our deeply-embedded system of neoliberal beliefs, firmly rooted in the Democratic establishment, and inextricably linked to private capital, concentration of wealth, and institutional/systemic corruption arising from a broken campaign finance system. In short, our status quo, enforced by the two-party cartel, is built to deny (or at least delay as long as possible, despite the rising bodycount) the reality of a single payer healthcare system. To take healthcare out of the marketplace, guaranteeing it to all people, would remove a foundational part of the dominium market upon which the existing power structure rests. And that cannot be tolerated despite its popular support (recent national polling shows that, when assured they would be able to keep their preferred doctors/hospitals, public support for Medicare For All remains at a sturdy 55% favorability rating).

For the neoliberal establishment headed by the two corporate parties, implementing a transformative public good like single payer represents an “overstepping” of democracy’s function – to provide a stable bedrock for private capital while projecting the illusion of “government for the people.” In such a case, it is perfectly legitimate to suspend democracy and enforce the stability of the market by other means – an individual mandate, perhaps? The problem remains that we live in a system loyal not to democracy as a principle, but to limited democracy as a means to maintain an exploitative status quo of private capital. New York Democrats’ hesitancy to pass the NYHA, or any form of single payer model for that matter, is yet another indication that this is the fundamental truth of our political system. Should New Yorkers truly wish to see single payer become a reality in our state, we should push for a fundamental break from the established system, rather than attempting to accommodate and reform it from within the two party duopoly that is centrally embedded within the realm of dominium. Until then, single payer, as Hillary Clinton arrogantly said, shall “never, ever come to pass.”