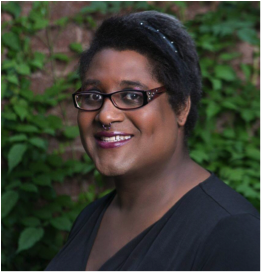 I am running for City Council because people are tired of politicians, and I am no politician. Poor neighborhoods like mine are getting a raw deal, and I want to make life better for the more than half of NYC residents who are suffering. I served in the U.S. Navy for six years (in Iraq) and suffered PTSD as a result, which the government refused to treat. Despite my service, I have been homeless and unemployed. I have needed public assistance and needed to fight to get that help. I have faced discrimination with housing and jobs because I am black, female, and trans.

All this has inspired me to attempt the daunting task of being a regular person running for office. I want to help the disenfranchised. Government should be about people fighting for their neighbors, giving them a voice. I will work with anyone who honestly cares about helping people rather than a payday. The issues I care most about are decriminalization (sex work, marijuana, and quality of life crimes), truly affordable housing, and healthcare.

Persephone Sanderson-Smith is a versatile musician, who plays the trumpet, trombone, piano, violin, bass, and guitar. She has played in ska, reggae, and punk bands. She loves surfing, video games, and comics. Her favorite game is Borderlands and her favorite superheroes Green Arrow and Captain Marvel. Originally from Hawaii, she has lived in New York City for 26 years.