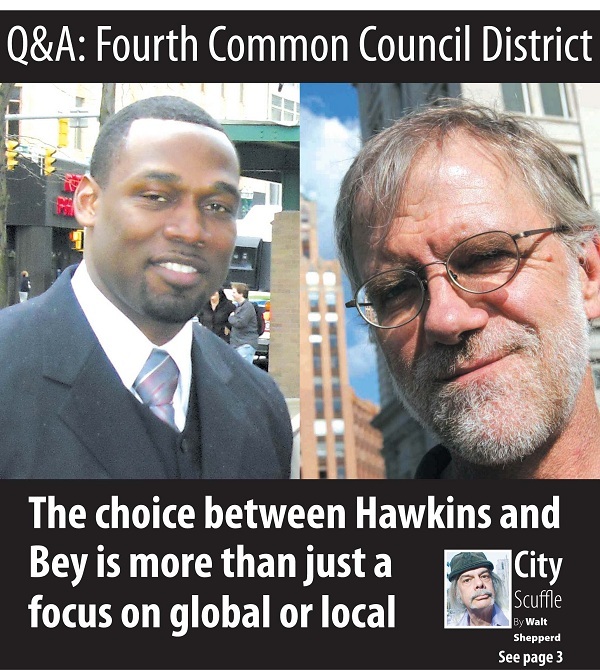 By Walt Shepperd, The Constitution/Urban CNY

Asked to sit together with a tape recorder for a campaign conversation, the 4th District candidates for the Syracuse Common Council—Democrat Khalid Bey, running with the Working Families endorsement, and perennial Green Party candidate Howie Hawkins—both brought the big picture into focus.

Both have sought the post before. Two years ago, without a Republican in the race, Hawkins polled 40 percent of the vote against four-time incumbent, now term-limited Tom Seals. Since 1993 Hawkins has been on the ballot every year, for something, from mayor to congress to governor or state comptroller, except for twice being knocked off by challenges.

“Those were races where I was raising issues, not expecting to win,” he reflects. I’ve got a chance to win this one.” How? “To get those people who vote the Democratic line without knowing who the candidates are to recognize they have a choice,” he maintains, “and pick me, not just pulling the Democrat lever out of habit.”