What to do? The Green Party, for reasons both of its environmental commitment and the seriousness with which it approaches

The meeting of the State Committee of the GPNYS is Saturday, February 24, 2007 at the First United Church, 34 Read more 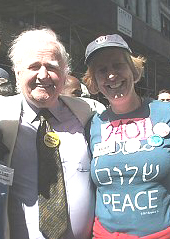