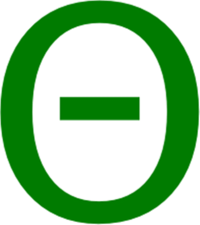 (Earth Day, Albany) The Green Party of New York State said today the Democratic leaders at the State Capitol and in DC still fail to support the radical measures needed to deal with climate change, energy and other key environmental issues.

"While the state budget passed this year provided some improvements such as an expanded Bottle Bill, they fall far short of resolving the fundamental problem of the unsustainable lifestyle of most New Yorkers. State lawmakers need to restructure how we travel; what we eat and where our food comes from; how and where we live; how much energy we use and what we get it from,” said co-chair Peter LaVenia

New Yorkers use twice as much energy per person as Europeans do and about 15 times more per person than in a developing country. We need to invest in renewable energy and energy efficiency, but the most critical step is to reduce the amount of energy New Yorkers consume.

“Climate change is worsening at a much more rapid rate than scientists predicted even a few years ago. The Democrats in Albany and Washington have strengthened their rhetoric but not their action about climate change. We need to cut carbon emissions immediately, not slow their rate of increase. The proposals being pushed by Obama and Paterson might have helped if they have been implemented 15 years ago under Clinton but they fall far short of what is needed today. Carbon emissions are increasing, not decreasing, and climate change is accelerating. Climate change is by far the biggest threat to our national and international security and well-being,” said co-chair Eric Jones.

“If the governor and legislature are really serious about green jobs, then they should commit to move immediately towards de-carbonizing our economy, with a commitment to the extensive development of renewable solar and wind power throughout this state and off its shores. To halt suburban sprawl, urban-growth boundary limitations should be determined, and more energy efficient cities made both attractive and affordable for people to live where they work. Gasoline taxes should be increased to European levels," added Secretary Gloria Mattera.

One short term step the Green Party supports is adoption of the proposal to energy retrofit one million homes (including apartments) in NYS within the next five years.

The Greens said that the cap-and-trade programs for carbon emissions that NY presently has (i.e., the Regional Greenhouse Gas Initiative) and President Obama is been proposing has failed to cut carbon emissions while providing billions of dollars of corporate welfare to polluters. The Greens want a firm cap on carbon emissions, including comprehensive carbon taxes on all inputs from carbon fuel. This would include a major hike in gasoline taxes. The tax proceeds would be used to provide financial relief to low and moderate income New Yorkers while providing billions in funding for green energy programs.

The Green Party also called upon state lawmakers to:


The Green Party said that democratic reforms such as public campaign financingof elections and proportional representation are essential to a healthier planet.

39 years after the first Earth Day, so much remains to be done to create a sustainable society. It has been decades since Congress passed a major new piece of environmental legislation, and progress at the State Capitol hasn’t been much better. We have to stop the unique American practice of selling politicians to the highest bidder. Our entire political system is so rotten that it too should be replaced with something much more democratic and sustainable.