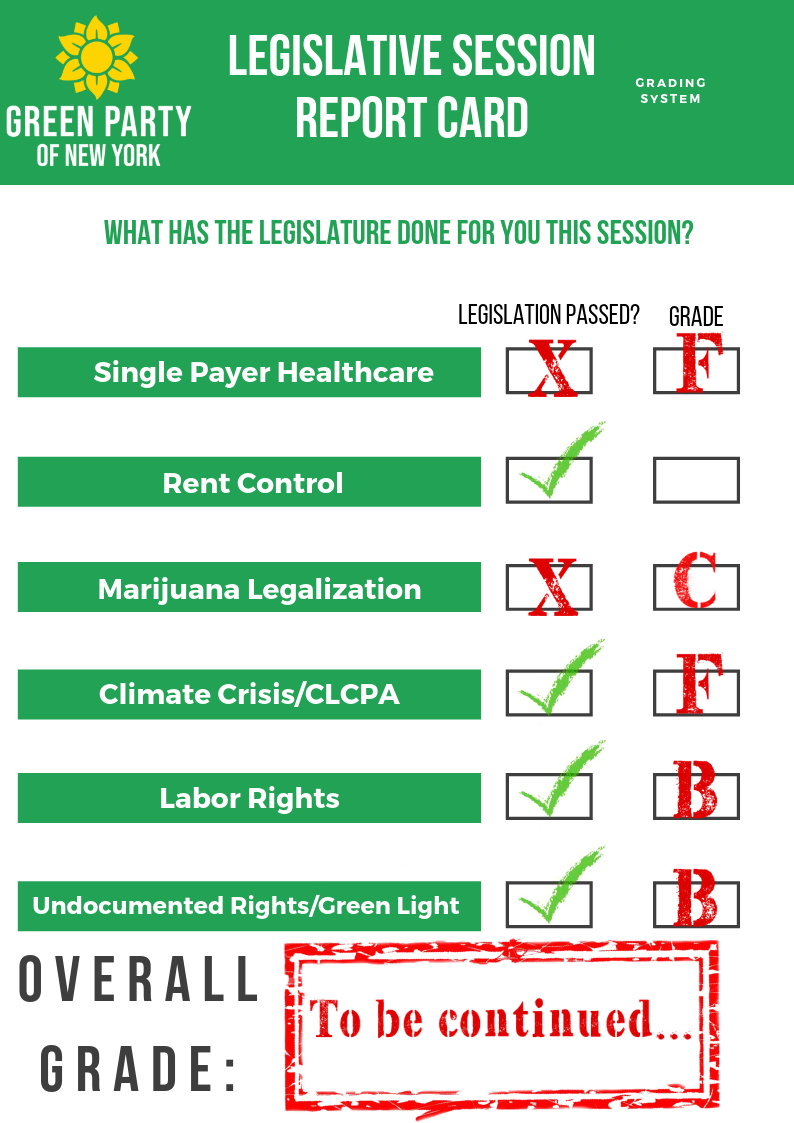 This past June, the New York state legislature finally took steps to scale down the racist war on drugs by decriminalizing the possession of marijuana. On June 20th, the legislature passed Senate bill S6579A, recodifying Section 221.05 and 221.10 of the state penal law as established by the 1977 and 1979 partial decriminalization bills to read as follows:

“An arrest and any enforcement activity connected with that arrest, including prosecution and any disposition in any New York state court, is deemed a nullity and the accused is restored…to the status such individual occupied before the arrest, prosecution and/or disposition.”

It is expected that upwards of 200,000 marijuana charges will be expunged, mostly in New York City. Further, the legislation eliminates the distinction between private and public view, meaning the punishments and fines previously mentioned remain constant even if you’re stopped with marijuana on the street. Under the current law, public possession of even small amounts of marijuana was a misdemeanor punishable by up to ninety days in jail and a $250 fine. That was part of what made “stop and frisk” tactics so harmful to over-policed neighborhoods.

The legislature and governor have taken undeniably positive steps toward ending the war on drugs. However, as Greens, we must push further and demand full legalization. We must realize this legislation for what it is – yet another half measure by elected Democrats that will alleviate some of the suffering inflicted by the two-party duopoly’s areas of agreement, but will leave a lot of suffering stubbornly in place. So, while it is great that New York is moving toward the legalization of marijuana, it’s vital that we identify the injustices that will remain due to the Democrats’ lack of political conviction at a time when they control the state legislature, and fight for real progress.

First, decriminalization keeps marijuana within the court system, ensuring, yet again, that paper records of the “violation” will last well beyond its immediate occurrence, perhaps still able to impact one’s ability to gain employment and/or stable housing. As the Drug Policy Alliance pointed out in 2017, decriminalization merely adds a step before criminalization rather than fundamentally altering the existing power structures involved. Those unable to pay the fines imposed upon them for marijuana possession will have a warrant issued for their arrest, and will thus officially enter into the “criminal” system. Given that 40% of all Americans cannot afford a $400 emergency, the fines levied for possession functionally serve as another form of punitive wealth extraction from working people – an extraction that will have the ability to slash 40% of many people’s savings in half immediately, lest they should want to consider potential incarceration instead. These fines exacerbate grotesque levels of income and wealth inequality already present in New York and the country.

Further, the bill still allows police to conduct searches of individuals if they smell marijuana on them, their belongings, or in “their presence,” and they can arrest them if anything is found. In fact, New York police have already said that nothing will fundamentally change under the new decriminalization bill. “We’re not going to do anything differently,” said Delaware County Sheriff Craig DuMond. He stressed that officers will be more than prepared “to cite anyone they encounter who is possessing marijuana with a violation – or more serious charges, if warranted.” Thomas Mungeer, president of the New York State Troopers Police Benevolent Association, stated the law “[isn’t] really going to change the way my people patrol or do investigations or anything else.” And this is a massive problem, asAfrican Americans are twice as likely to be pulled over, and four times as likely to be searched, despite the fact that Caucasians drive more often, and that African Americans are less likely to be found with “contraband” during a search.

We must demand that the New York legislature pass Senate bill S1527B, the Marijuana Regulation and Taxation Act (MRTA). The legislation is designed to legalize, “regulate, control, and tax” the sale of marijuana for the purposes of “[generating] millions of dollars in new revenue…[reducing] the illegal drug market and…violent crime…[ending] the racially disparate impact of existing cannabis laws and [creating] new industries and…employment.” It would establish a regulatory structure similar to what already exists for alcohol in New York, meaning that twenty-one would be the legal age at which an individual would be able to partake in the consumption of cannabis. Importantly, the bill legalizes the ability of individuals to “homegrow” their own cannabis. Given that they are of legal age, individuals would be able to cultivate up to six plants at a time - the Green Party would prefer this number were considerably higher - and retain the fruits of those plants. In addition, we do not want a corporate takeover of cannabis akin to the alcohol and tobacco industries. Rather, we want the inevitable wealth creation from the legalization of marijuana to be readily controlled and enjoyed by the people themselves, particularly black and brown communities disproportionately victimized by the war on drugs, and not by soulless corporate conglomerates. Fortunately, the MRTA ensures that 50% of the leftover revenue after the administrative costs of regulating the marijuana market and analyzing its effects on public health, the environment, and the criminal justice system, will be reinvested in the localities most afflicted by the war on drugs through community-based organizations.

Although we did not achieve full legalization status, the legion of criminal justice and marijuana activists who have, for years, worked tirelessly to get us this far, need and deserve our full praise for their incredible, hard-earned progress. There remains work to be done, and the fight for equitable, justice-based legalization continues, but this is undeniably a first victory, in what must be a march of victories for the people of our state.