You Get What you Vote For! 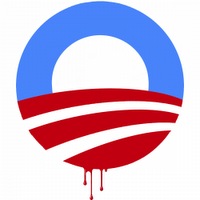 The so-called anti-war movement currently finds itself in somewhat of a quagmire: What to do when the man you raised money for, volunteered for, and yes, even voted for, actually fulfills one of his most repulsive campaign promises?

First of all, I never understood why, or how, peace people could support someone who voted to pay for the wars while he was a Senator and was quite clear on the fact that he would increase violence in Afghanistan and perform a slow, painful and very incomplete withdrawal from Iraq. Principles that were proclaimed so loudly while Bush was president get shoved aside and buried now that a Democrat is president and how do you get your principles back from the dung-pile of selling out?

Secondly, On January 23rd of a rapidly dissipating 2009, Barack Obama perpetrated his first war crime (as president) by authorizing a drone attack in Pakistan. In February of this same year, he ordered an increase of roughly 20,000 more troops to Afghanistan: more war crimes, no corresponding outcry. However, when I cried out, I was roundly attacked by the "left" for not giving Obama a "chance." 2009 is going to be the most deadly year for our troops and Afghan and Pakistani civilians on record. I think George Bush is calling: he wants his Nobel Peace Prize back.

It is being widely reported (and it seems hotly anticipated by some)-that even though the "anti-war" movement wrote a letter to Obama and asked him to "pretty please" not send any more troops to Afghanistan and had us calling the White House all day on Monday the 23rd when Obama was scheduled to hold his final "war summit"-that the U.S. will commit 34,000 more troops to Afghanistan which is a 50 percent increase in troop strength in the Land of Certain Empire Death.

True story: in October of 2005, U.S. troop deaths were going to reach 2000, within days and the "movement" was planning its response. I called for a die-in, with risk of arrest, in front of the White House and MoveOn.org called for a candlelight vigil in Lafayette Park. MoveOn.org moved their vigil to another location because they told me that their members weren't ready to do civil disobedience and some of them may be accidentally swept up in some kind of a "peace sweep." I said, "Fine, MoveOn.org, have a candlelight vigil for 2000 like you did for 1000 and next year you'll have one for 3000, then 4000, and then 5000." I think many of MoveOn.org's members were ready, I just don't think that MoveOn.org was then, or is now. They didn't do it when Bush was president, I can't imagine MoveOn.org standing up for peace when their man is the one doing the killing.

So, here we are four years, thousands of U.S. troops deaths and hundreds of thousands of civilian deaths later, and the Pope of Hope, the Dalai O'bama, the Nobel Laureate will soon be condemning thousands of more to the same fate and his supporters have given him permission to do so, no matter how many letters they write, petitions they sign or phone calls they make.

In the end, you always get what you vote for.

I knew that this surge was a done deal no matter how much political posturing and pandering occurred. I chained myself to the White House fence on October 5th and was arrested with 60 other people protesting the wars and demanding that peace be put on the proverbial table. But those were symbolic actions and the problems we are facing are deadly and in full Techno-Color, real. The time for symbolism and street-theater ended years ago, but moribund actions won't seem to just go away gracefully, so we will have to cut them off, cold turkey!

On Monday, November 30, the Peace of the Action Coalition will be sending out a press release condemning the escalation and announcing our Mother of all Protests (MOAP) that will begin in the spring.

If you're looking for some action, look no further than Peace of the Action and stayed fine-tuned for further details!