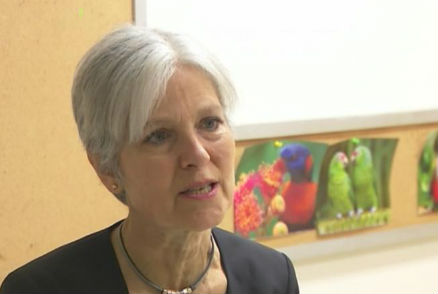 Dr. Jill Stein, the presumptive presidential nominee for the Green Party, says the American public is still looking for a candidate they can trust.

“We know very well that people are not happy with politics as usual with this rigged economy and this rigged political system that's created this economy,” Stein said.

Stein is in the Capital Region for her party's state convention in Troy, where they're choosing their delegates. She sat down with NewsChannel 13 and took the opportunity to criticize the two major parties. She says with the current political climate, the Green Party is getting a second look.

“People are clamoring for other choices,” Stein said. “I'm finding the most exciting and exhilarating reception out there imaginable.”

She says her events across the country are being mobbed, especially by young people. There was also more excitement at the convention in Troy. And with Democrat Bernie Sanders essentially knocked out of the race, Stein says his supporters are coming over to her side.

“I think people have just kind of had it up to here and they're not going to take it anymore,” Stein said.

Stein says the Green Party's agenda is the cure. She wants to cut military spending, provide healthcare as a human right, and focus on jobs.

“The so-called recovery is a recovery for the one, two, five percent [of the population],” she said. “We need to cancel that student debt like we did for the crooks on Wall Street who crashed the economy.”