From The Campaign Trail: Updates From Syracuse and Rochester

This past week saw Frank Cetera amassing volunteers to cover the district with doorhangers, Rajesh Barnabas in Rochester gave a climate talk to interested students, and Alex White released a scathing video outlining how both corporate parties let the rich and connected bilk the people through shady real estate deals. 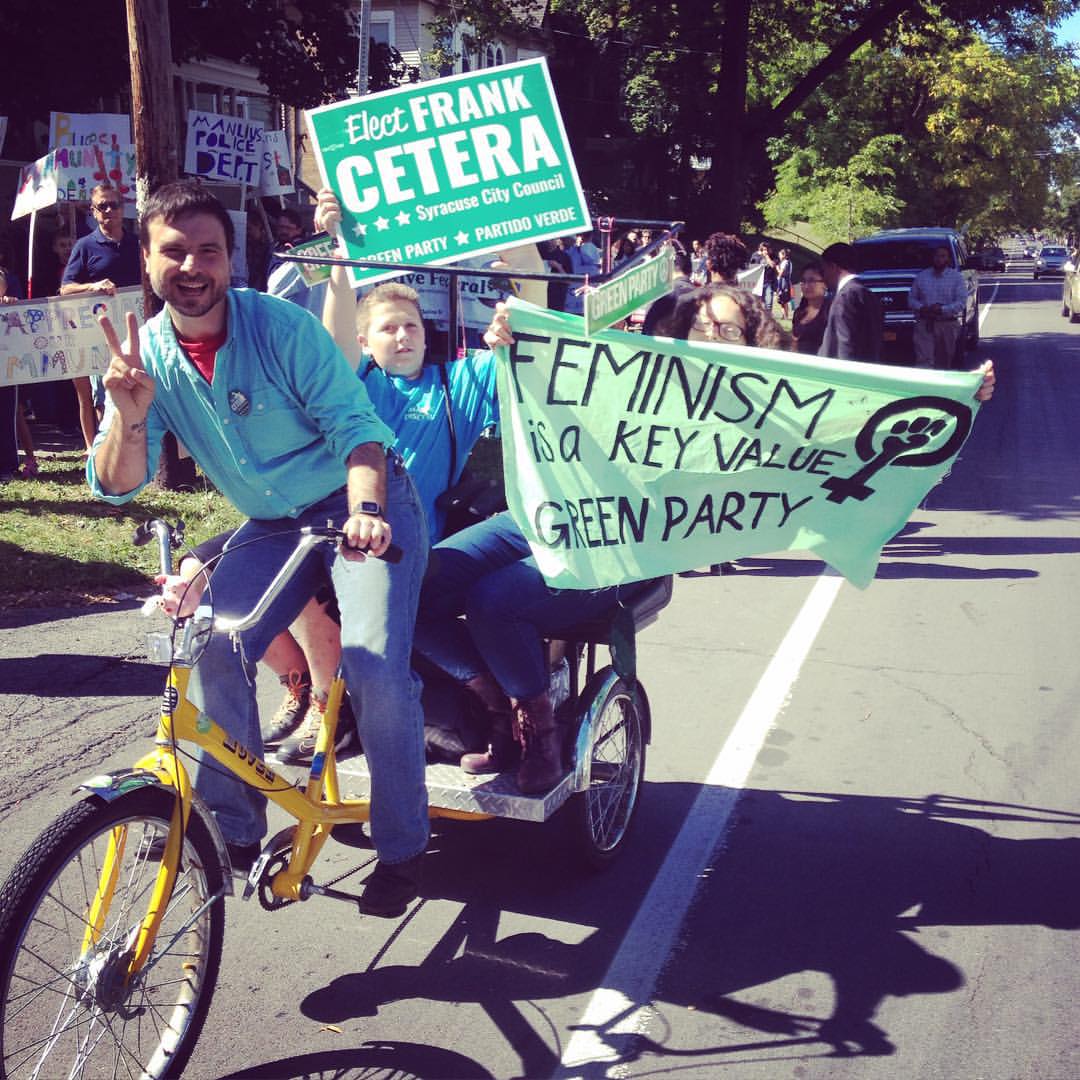 18 campaign supporters came out to distribute our new door hanger. So much gratitude to all these individuals who helped us reach over 1,000 households! But we still have lots of work left to distribute campaign literature to registered voters in Syracuse's 2nd District – won’t you join us by registering to volunteer? I am humbled and very encouraged by the positive response, both from voters we talk with and by friends and allies who are joining our campaign team. Your help is essential to our success on Election Day.

On Sunday, the great time I had leading 20 people through the north and west sides of the city on the 13-mile Cycle in the City ride included the question “Is this school open?”, as we rolled into the first stop on the route - Huntington K-8. Twenty cyclists visited five SCSD middle-school facilities along the way - Huntington, Lincoln, Grant, Frazer, and Bellevue.  And the scene repeated itself at each school we visited.  It was eerily quiet, no one was at the school, no pedestrians, students or families were to be seen.

The city of Syracuse only has three funded neighborhood community centers - Southwest, Westcott, and Northeast.  Our schools are valuable community assets that are being underutilized.

My platform includes Neighborhood-Based Community Schools that have strong partnerships with the communities in which they are located, and are fully integrated into the community by contributing to the quality of life and benefiting from its support. Health and mental health care, day care centers, food pantries, and more could be operated more efficiently by locating together and using the schools as a central hub.

Today our economic system is at war with our planetary system. Right now the triumph of the corporate political parties, their free-market logic with the ethos of domination and fierce competition is paralyzing all serious efforts to respond to climate change.

Only collective action on a tremendous scale and dramatic reigning in of market forces will make a difference. Capitalism is destroying the earth and the two old tricks that dug it out in the past – war and shopping, will not work.

1) I will call for legislation and/or use my bully pulpit to push for referendums or ballot initiatives on the following items:

d) a carbon tax and pricey penalties for emission abusers to pay for all this.

e) a reversal of privatizations; with the big one being a RG&E buy out. Private utilities have almost no incentive to invest in renewables.

f) currently the Monroe County government spends $223 million (22%) on public safety and less than 10% on environmental efforts ($96 million). I would reverse those percentages; double spending on the environment and half spending for police. We need more planet police, and green jobs, not a police state. There would be a program to retrain police officers as green servicemen; building green roofs, solar installations, etc.